[Ed. – Whoever ends up blamed for a shutdown loses. Why would the president want o give his accusers an easy in?]

Senate Republicans said Tuesday they agree with President Trump’s insistence that next year’s federal funding include money for a southern border wall but want to avoid government shutdown threats that have plagued Congress for years.

“I support what the president is trying to do on the wall,” Senate Majority Leader Mitch McConnell, R-Ky., said. “Most of my members do as well, and we are trying to go through a normal appropriations process that prevents the event at the end of the fiscal year that’s become all too common around here.”

Republicans were meeting in their weekly private luncheon when President Trump tweeted that he wants immigration and border security legislation passed and suggested a shutdown was the only way to get it down.

“I don’t care what the political ramifications are,” Trump tweeted, adding “there is no way Democrats will allow it to be fixed without a government shutdown.” 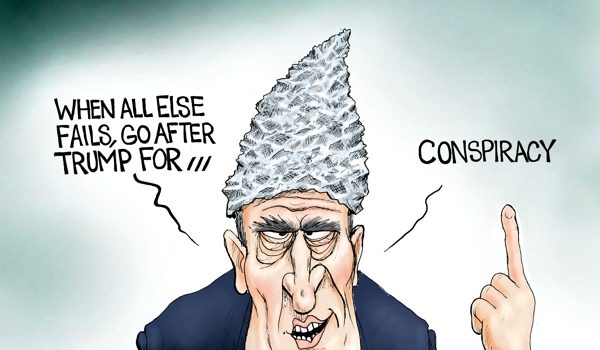 Cartoon of the Day: Foiled again
Next Post
Obama dips into midterm election with first endorsements