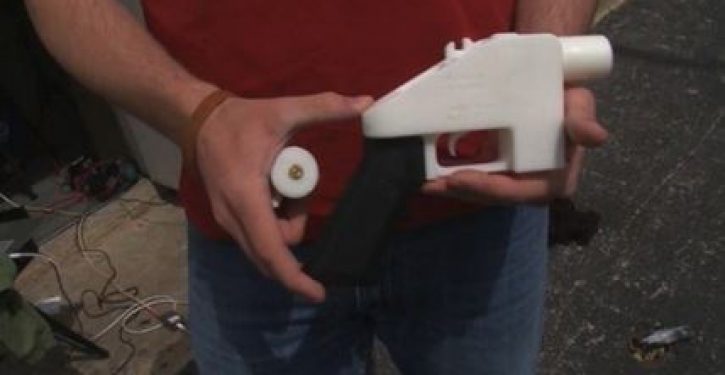 [Ed. – The number, if accurate, would likely be lower if the Left weren’t so gung ho on repealing the Second Amendment.]

Under a court settlement, people aren’t supposed to be able to legally download plans for 3-D printed guns until Wednesday.

But because designs for the guns have already been posted online, by Sunday more than 1,000 people had already downloaded plans to print an AR-15-style semiautomatic assault rifle, according to the office of Pennsylvania Attorney General Josh Shapiro.

Shapiro has been fighting to keep 3-D printed guns out of Pennsylvania. At an emergency hearing held over the phone Sunday, the attorney general’s office asked a judge for a restraining order that would block a website run by gun-rights group Defense Distributed from being accessible in Pennsylvania. The group’s site allows people to download plans to make 3-D guns.

At the hearing, Defense Distributed agreed to block Pennsylvania IP addresses for a few days until a more formal hearing could be held.

Josh Blackman, a lawyer for Defense Distributed, told CNN on Monday that more than 1,000 AR-15 gun plans have been downloaded but wouldn’t confirm Shapiro’s claim that they were only downloaded since Friday.