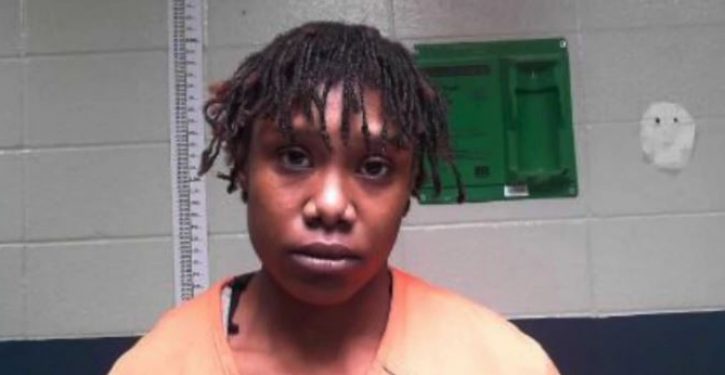 Louisiana law enforcement officials arrested 25-year-old Felicia Marie-Nicole Smith over the weekend and charged her with the first-degree murder of a six-month-old baby who was kidnapped and set on fire.

At 9 p.m. on July 17, two people came to Hanna Barker’s trailer door and sprayed her in the face with what she claims was mace which led to her instinctively fleeing the scene.

Police began an immediate search for the infant but quickly received a call about a fire near a railroad that was nearby. When they arrived, they discovered Levi, who had been severely burned, and rushed him to Natchitoches Regional Medical Center where he died hours later from the burns.

Funeral arraignments are set for little Levi Cole Ellerbe. The six-month-old baby was kidnapped and murdered in Natchitoches #Louisiana on Wednesday. — https://t.co/4QDxr3XjWL

“Felicia Marie-Nicole Smith was booked into the Natchitoches Parish Detention Center Saturday, July 21, 2018, on one count of 1st degree murder for the death of Levi Cole Ellerbe,” the Natchitoches Police Department said in a statement.