[Ed. – Her lack of morals and ethics wasn’t just limited to lying on TV about the motivation behind the Benghazi attacks.]

In the summer of 2016, while the US intelligence community was just beginning to grasp the magnitude of Russia’s attack on the 2016 election, Obama administration officials were torn over how to respond.

According to investigative reporters Michael Isikoff’s and David Corn’s new book, “Russian Roulette: The Inside Story of Putin’s War on America and the Election of Donald Trump,” the White House director of cybersecurity, Michael Daniel, was particularly concerned when he learned in June that Russian actors had infiltrated critical election infrastructure in several US states.

The attacks began occurring so often, an excerpt from the book on Yahoo News said, that a National Security Council staffer began regularly updating Daniel about them.

“Michael, five more states got popped,” the staffer once said, according to the book. At one point, Daniel reportedly replied to the staffer, “It’s starting to look like every single state has been targeted.”

Obama administration officials did not believe the Russians had the technological savvy to manipulate the vote count. Rather, they were more concerned hackers could alter voter rolls, registration files, or other processes that could sow doubt about the legitimacy of the election as a whole. 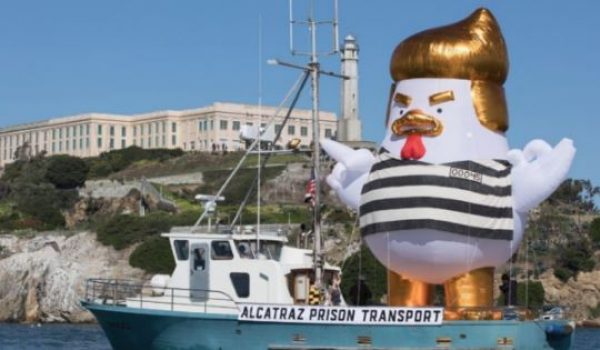 Inflatable ‘Trump Chicken’ dressed like a prisoner to sail off coast of San Francisco
Next Post
VIDEO: Chilling proof that Big Brother really IS watching