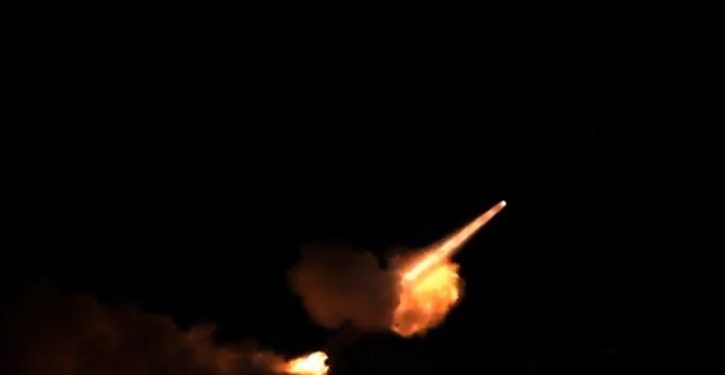 [Ed. – This is being widely reported as Israel shooting down a “fighter jet,” but the aircraft type in question is anything but a “fighter.”  It’s a tactical bomber, or “attack” aircraft.  It can carry air-to-air missiles for self-defense, but all its gun and attack missile capabilities are look-down, meant for attacking targets on the ground.  The geography of the ground fight in the ISIS pocket in Daraa makes it difficult to observe airspace boundaries, but that’s what those elite combat airman’s wings are for.]

Israeli Patriot missiles shot down a Syria Sukhoi fighter jet that entered one mile into Israeli airspace, The Times of Israel reported Tuesday.

Israel said that it tracked the plane from the time it took off from the T-4 airbase and traveled “at high speed” towards the Golan.

IDF spokesperson Lt. Col. Jonathan Conricus told reporters, “We have passed a number of messages, in a number of languages in order to ensure that no one violates Israeli air space.”

Conricus said that though the make of the jet was Russian, Israel was certain that it was Syrian.

HHS: 22 of 103 child ‘reunifications’ not possible due to fake ‘parents’ and/or criminal histories
Next Post
9th Circuit: Hawaii must allow open carry