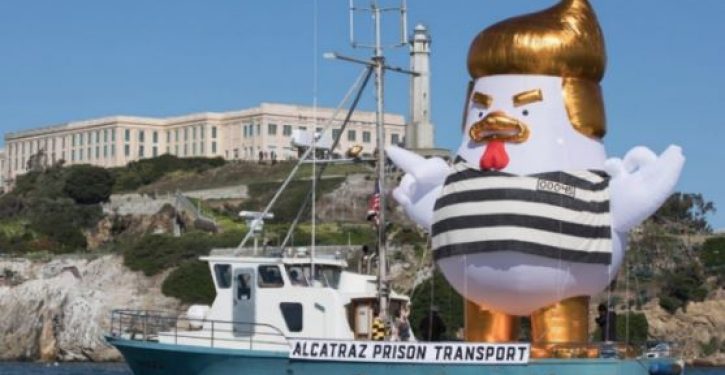 A 33-foot-tall inflatable blimp depicting President Trump as a chicken will set sail on Sunday off the coast of San Francisco.

The chicken is dressed in black and white prison stripes and labeled “Prisoner 45,” the Bay Area KRON 4 News reported Saturday.

The “Trump Chicken” reportedly first made its debut last year during the San Francisco Tax March and even came to the White House last August.

Most recently the chicken was spotted on an “Alcatraz prison transport” boat floating around the infamous prison island complex.

A GoFundMe page was established to help raise money for the chicken’s adventures and cover the coast of rental boats.

Earlier this month, a 20-foot inflatable “Trump baby” blimp made its debut in the United Kingdom during Trump’s visit.

The orange diaper-clad baby holding a cell phone flew over London and Edinburgh.

British museums are now battling over which will get to add the blimp to its collection. 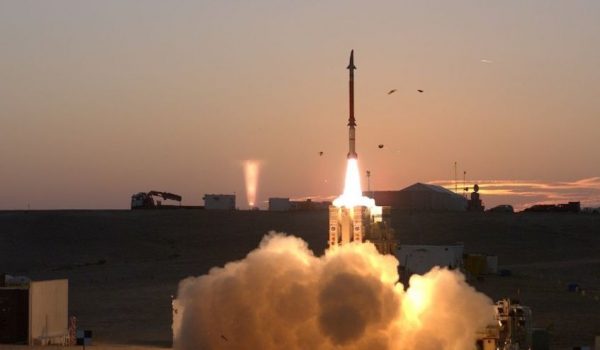 Israel: First ‘David’s Sling’ anti-missile launch a reminder of how Syrian war is changing the map
Next Post
Did Susan Rice tell WH cyber team to ‘knock it off’ when they floated plan to combat Russian meddling?