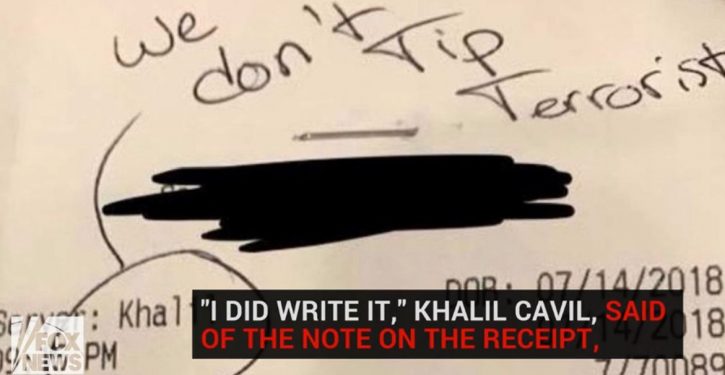 [Ed. – If anyone ever does actually leave a hate note on a restaurant receipt, no one’s going to believe it.]

Cavil claimed that the receipt, which showed that the customer gave no tip on a bill totaling $108.73, was proof that “this racism, and this hatred still exists,” USA Todayreported.

The restaurant initially told the customer that they were banned from returning, but an internal investigation revealed that the customer did not write the note — the employee did.

“After further investigation, we have learned that our employee fabricated the entire story,” Terry Turney, COO of Saltgrass told USA TODAY.