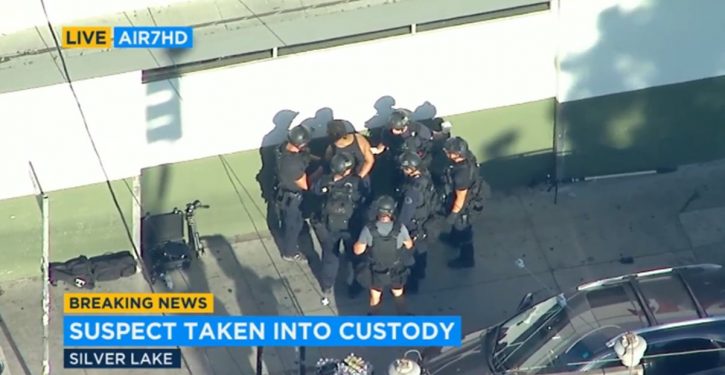 A woman is confirmed dead following a barricade situation involving a shooting and chase suspect who held hostages inside a Trader Joe’s in Silver Lake on Saturday.

The suspect is in custody after surrendering to police in the hours-long barricade. Many hostages were also spotted walking out with their hands up.

Los Angeles police said the incident started with a family dispute in the 1600 block of 32nd Street in South Los Angeles, where the suspect shot his grandmother and another female victim, police said.

The grandmother suffered about seven gunshot wounds and was listed in critical condition at a nearby hospital, the chief said.

The suspect then fled in his grandmother’s 2015 Toyota Camry.

A pursuit then ensued until the suspect crashed outside the supermarket, and an officer-involved shooting occurred. Police said that at one point during the incident, the suspect fired at officers and then fired at the woman who later died from her injuries.