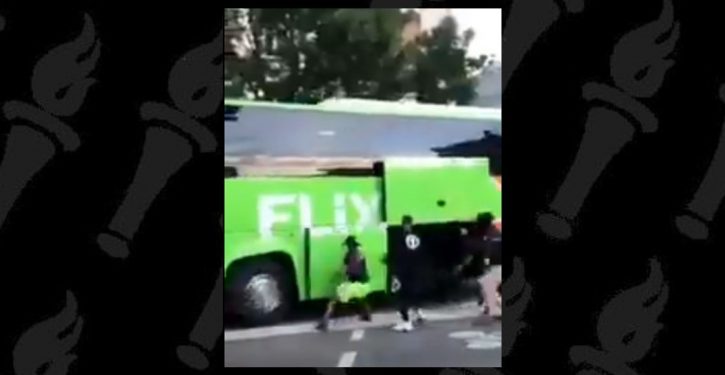 [Ed. – Astonishingly, it’s not Belgian natives who are committing the attacks.]

The Flixbus inter-city bus company plans to cancel its service to a station in Brussels North, citing frequent attacks on passengers and threats to drivers.

Drivers say gangs lie in wait for their buses nearby to the station in the Belgian capital, which also serves as the European Union’s major administrative centre.

Once they pull in, the criminals pounce, stealing luggage and robbing passengers at knifepoint, while threatening drivers who dare to intervene.

“The emergency number on the bus is often not answered,” one exasperated driver told HLN. …

Dereymaeker said police could not always align their patrols with the bus’s arrival and departure times, “because we also have other tasks”.