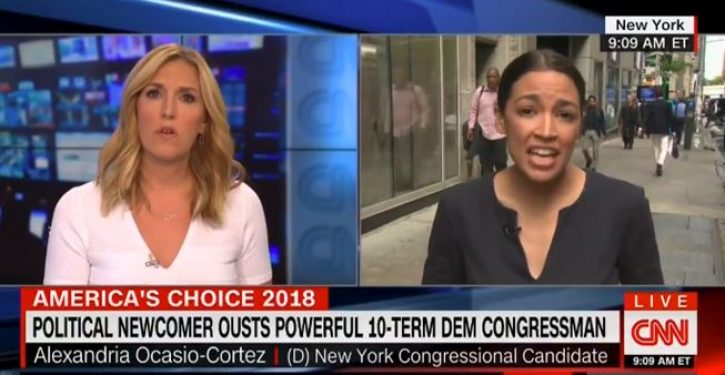 [Ed. – Yes, because occupying airports is what government does.]

Democrat candidate Alexandria Ocasio-Cortez, who has made a huge splash since trouncing incumbent Democrat Joe Crowley in the NY-14 primary, calls herself a socialist and is big on activism, if not geopolitics.

So big on activism, in fact, that in an interview with Democracy Now! on Monday, she called for the “occupation” of airports and ICE offices as part of the effort to “mobilize” the so-called Resistance.

As Newsweek noted, Ocasio-Cortez is now one of the most recognizable faces of the absurd “Abolish ICE” movement that, despite the hesitation of more politically and governmentally savvy Democrats, is gathering steam among the grassroots.

“Our nation is in a moral crisis,” said Ocasio-Cortez in response to a question about why she went to the border just three days before the primary election.

“Every day that we allow these two thousand children that have been ripped from their parents — which is an internationally recognized human rights violation, this is being done in our name, this is being done in representation of us as United States citizens — every day that we allow the continued violation of those children’s rights is the day I believe the moral character of the United States is at stake.” 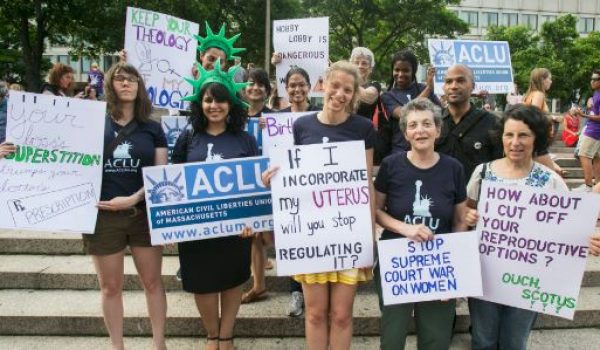