[Ed. – To be considered an addendum to J.E. Dyer’s must-read analysis of the Helskini summit and the media’s reactions.]

President Trump, as promised, challenged Putin on the subject of Russian interference in U.S. elections. It was Putin, not Trump, who pointed that out — adding: “I had to reiterate things I said several times, including during our personal contacts, that the Russian state has never interfered and is not going to interfere into internal American affairs, including election process.”

Putin also volunteered the information that Trump had insisted the Russian annexation of Crimea was “illegal.” So much for appeasement.

Trump was also aggressive on the topic of Europe. Having just come from the NATO summit, where he berated Germany over buying gas from Russia while relying on America’s protection, Trump announced that the U.S. would compete with Russia to sell gas to Europe.

That is a major challenge of geopolitical significance, a sign the U.S. is going to use its technological edge in oil and gas production to boost Europe’s economic independence from Russia. All Russia has, Trump noted, is the advantage of location. 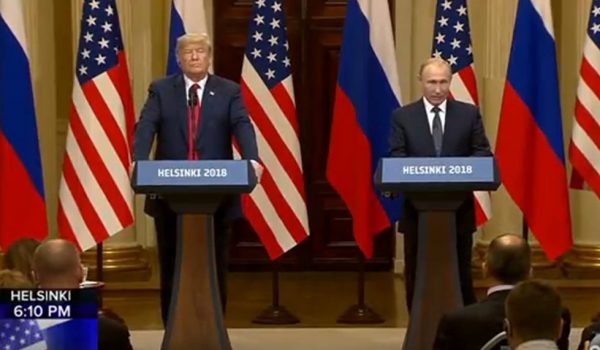 Helsinki: Trump does it his way; the ‘narrative’ loses control
Next Post
Which liberal had the most outrageous reaction to Trump’s presser with Putin in Helsinki?