What is wrong with Nancy Pelosi?

The House Minority Leader — and presumptive Speaker of the House if Democrats retake the majority this November — displayed more bizarre behavior for reporters on Thursday as she held her weekly press conference.

“His kowtowing to the president, esffect, esffectively saying…” she said.

Moments later, while attacking the Trump tax cut, she said, “…the GOP tax scam for the rich that added 2 children dollars more” to the deficit.

Pelosi suffered more speech problems as she was criticizing Trump.

“The president said he was going to move for negotiation, ‘I’m going to nego— negotiate,’ what was it,” she asked a staffer. “Like crazy,” she continued after prompting. 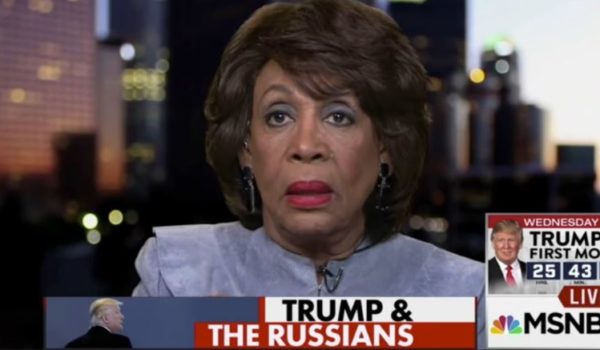 Maxine Waters says Trump is too dumb ‘to spell his own wife’s name’
Next Post
Obama: Despite ‘strange and uncertain’ times, Nelson Mandela’s legacy endures