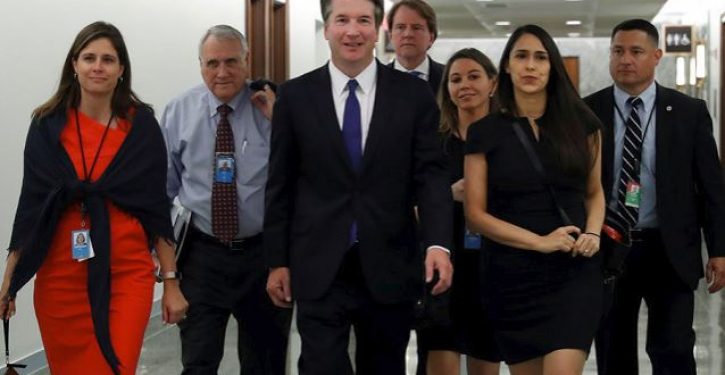 [Ed. – The Left is unceasing in its fruitless quest to nail the judge. Maybe they should reinvest some of their energies in going after real enemies of the state. The Democratic caucus is full of them.]

After several women’s rights organizations suggested President Donald Trump’s pick for the next Supreme Court justice doesn’t have the support of women, a group of former female clerks came out to defend their former boss, Judge Brett Kavanaugh.

“More than 50 percent of his law clerks have been women,” said Jennifer Mascott, a law clerk for Kavanaugh in 2006-2007 who is now assistant professor of law at the Antonin Scalia Law School at George Mason University.

“There was at least one term where I believe all four of his law clerks were women. He has support from all corners and all walks of life,” Mascott said in an interview with The Daily Signal.

“There just could not be a more terrific, qualified nominee,” she added.

Rebecca Taibleson, who clerked for Kavanaugh on the D.C. Circuit Court of Appeals in 2010-2011, described this sliver of the legal profession as “notoriously male-dominated.”