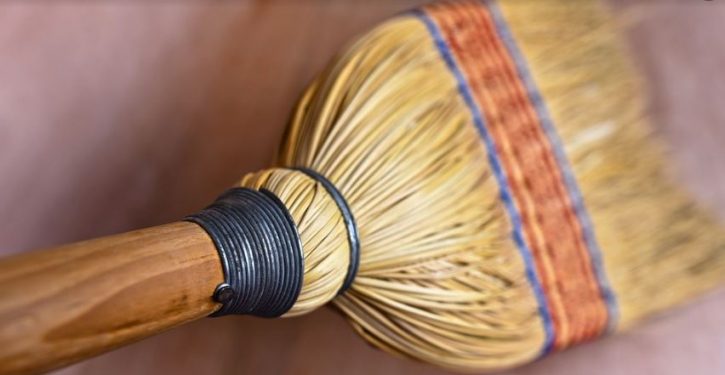 How many rounds does it hold?

[Ed. – Assuming this wasn’t a ploy intended to persuade the Trump administration that Germany should not be expected to pay its fair share to NATO, should NATO members be concerned over whether Germany has their back?]

German soldiers used broomsticks painted black instead of guns during a joint Nato exercise last year due to severe equipment shortages, it has emerged.

The incident took place during exercises for Nato’s rapid response force, formed in reaction to the Ukraine crisis, which is supposed to be ready to deploy anywhere it is needed at very short notice.

Soldiers in the Panzergrenadierbataillon 371 took part in the exercises last September in Norway.

The German Defence Ministry sought to downplay the incident, saying the Boxer vehicles in question were being used as mobile headquarters, and were never supposed to be armed.

The shortages of handguns and machine-guns have since been rectified, a spokesman said.