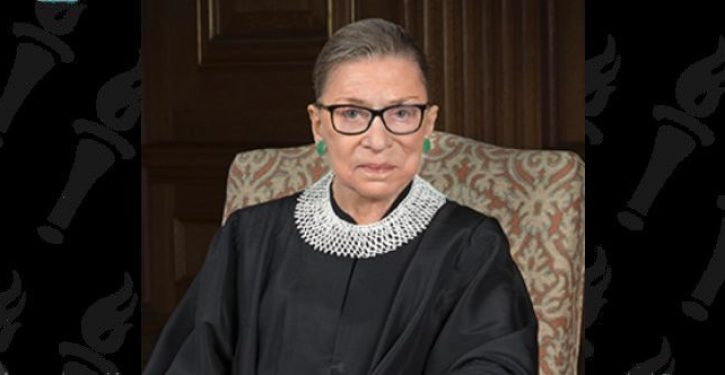 [Ed. – She will be a convenient scapegoat for Democrats if she is forced to leave the court during Trump’s tenure.]

Did Justice Ruth Bader Ginsburg totally screw liberals on the Supreme Court? Yeah, she might have, or at the very least placed the liberal wing in a very shaky position. Conservatives are in a solid position to direct the course of the court for the next generation with a solid 5-4 majority. Given Ginsburg’s age, 85, and the notion that Trump winning a second term is not insane, it’s possible that another vacancy could open up. The 60-vote threshold on SCOTUS nominees is no more.

… The strategic failure of Ginsburg to not retire under Obama was touched upon by law professor Jonathan Turley last year (via The Hill):

… [M]any justices time their retirements with an eye to who would appoint their replacements. Some have admitted that they try to engineer an appointment by one party or the other to preserve the balance of the Court.

The Roberts Court has overturned precedents at a lower rate than predecessors. Will this now change?
Next Post
Boston weighs giving legal, non-U.S. citizens voting rights