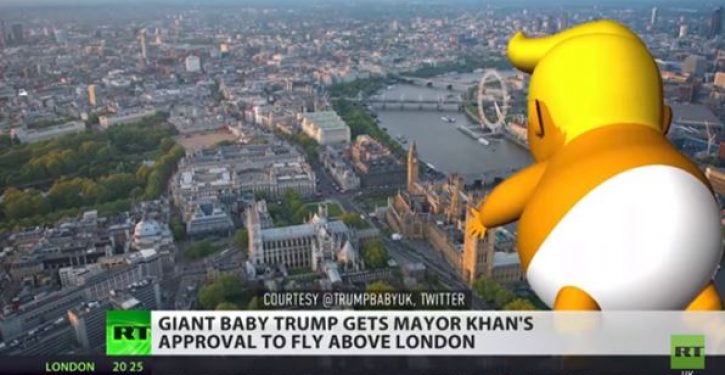 A crowdfunding campaign set up to counter-protest the “Trump baby” balloon due to fly over London when President Trump visits this week, has already raised over £36,000, crushing its £10,000 target goal.

The nearly 20-foot tall anti-Trump balloon “with a malevolent face and tiny hands” was approved by London mayor Sadiq Khan last week. It is being allowed to fly over British parliament next Friday during the President’s three-day trip.

According to CNN, a spokesperson for Khan said of the “Baby Trump” blimp: “The Mayor supports the right to peaceful protest and understands that this can take many different forms. His city operations team have met with the organizers and have given them permission to use Parliament Square Garden as a grounding point for the blimp.”

We’ll see if Khan’s support for “peaceful protest” holds true when the protest targets Khan himself.

Yanny Bruere, a law student and free speech advocate, aims to counter the anti-Trump protest with a “Baby Kahn” balloon. 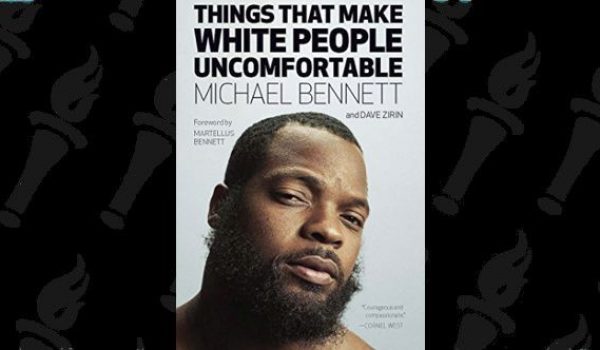 NFL’s Michael Bennett wants ‘equality and freedom for every person on this planet’ (well, almost)
Next Post
Michelle Wolf gets patriotic for a red, white, and blue salute … to abortion 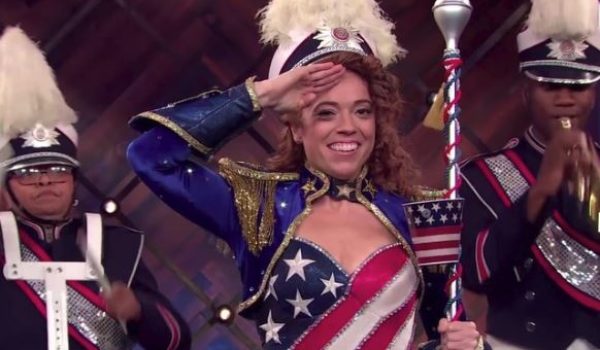