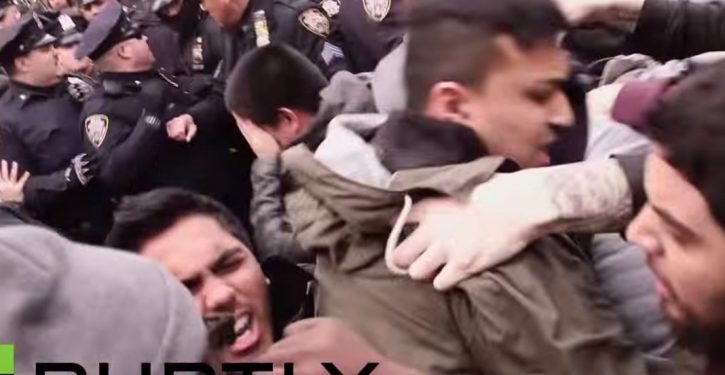 [Ed. – Gonna be a long, hot summer. I hear they’re up to 190 media-approved attacks, threats, and instances of incitement against Trump supporters now, over at Breitbart.]

A Long Island man was arrested Friday for threatening to kill supporters of President Donald Trump and Republican Rep. Lee Zeldin – then nearly hitting a Zeldin campaign staffer with his car, according to Suffolk County police. It was the latest in a string of attacks against the administration and its allies.

He threatened to kill a campaign worker, as well as other Zeldin and Trump supporters – then “backed his car up in an aggressive manner nearly striking the worker,” according to authorities.