[Ed. – My, I’m glad we had that exchange. Of course what American institutions have done in Russia in the last quarter century is not the same thing as Russians trying to covertly plant false, divisive memes-n-themes via the media in all their incarnations. But (a) we’re not going to change the minds of political-class, Putin-friendly Russians about that, and (b) it makes a neat “tu quoque” do-loop that there’s no getting out of. But hey. Good talk.]

“I would say all of us at some point in time alluded to it to a certain extent,” said Johnson, who chairs the Foreign Relations Committee Subcommittee on Europe and Regional Security Cooperation. “I don’t know what percent was spent on the back-and-forth on elections, but it was a large percentage — it might have been more than 50 percent of the time we were talking was about election interference. It was covered.”

The Russians were ready to argue. Russia interfering in a U.S. election? they asked. What about the U.S. interfering in Russian elections? Congress allocates lots of money to promote democracy in Russia, the Russians noted more than once. 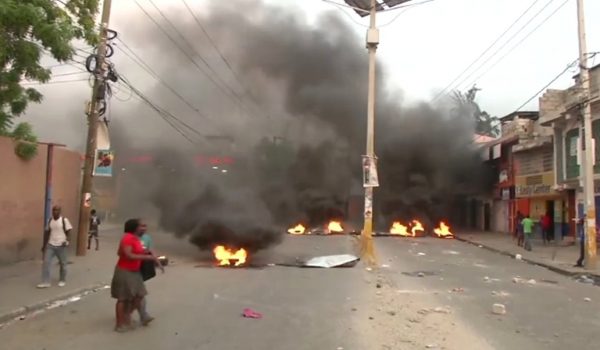 Haiti in flames as protests over gas-price hikes spread; U.S. cancels all airline flights
Next Post
Mueller will NOT present ‘Russia collusion’ evidence in Manafort trial