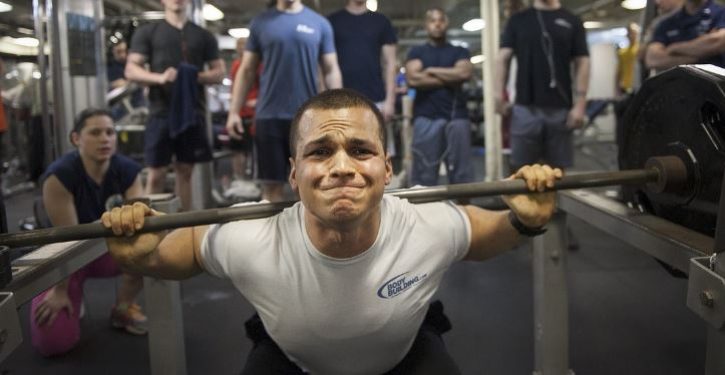 [Ed. – Obscenity redacted. For the writer’s sake, you have to hope this is a botched effort at comedy.]

It was November 2016 and the only person I knew who believed Trump would win the US election was the owner of my gym. This was clearly a ridiculous prediction so, seeing the chance for some easy money, I offered to bet him $100 that Hillary would win.

But the gym owner, clearly not wanting to do his dough, pointed at this horrible thing in the corner with the name “sled” and said: “If Trump wins you have to pull 70kg on it.”

I didn’t want Trump to win – he’d grabbed women by the pussy and mocked a reporter’s disability. He’d promised to build a wall and called Mexicans “rapists”. The thought of his presidency was frightening but so was pulling the sled. What if I herniated a disc?

After Trump claimed victory, I went up to the gym in a foul mood. “Just f*cking load up the f*cking sled, all right, and let’s get it over with,” I said without much grace as I strapped a belt around my waist.