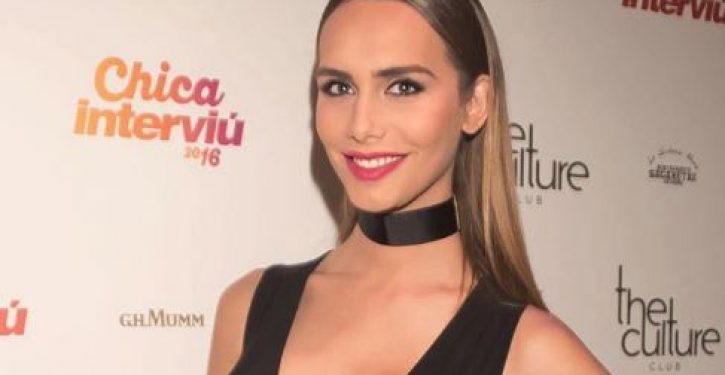 Angela Ponce (Image via The Advocate)

[Ed. – What are the chances the LGBT community when cry foul if ‘she’ doesn’t win?]

For the first time ever, a transgender woman will compete for her country in the Miss Universe pageant, with Angela Ponce having been crowned as Spain’s representative.

Angela Ponce this weekend won the Spanish crown and now becomes the first transgender woman to compete on behalf of any country. Ponce is able to do that thanks to trailblazer Jenna Talackova of Canada. Back when Donald Trump still owned the pageant in 2012, Talackova had been barred from competing to win the Canadian crown, until Trump sided with GLAAD and thousands of people who petitioned him in the fight over inclusion.

“Let’s make history,” Ponce wrote in English on Twitter in celebration, tagging Pride Month to note her win’s timing at the end of June.