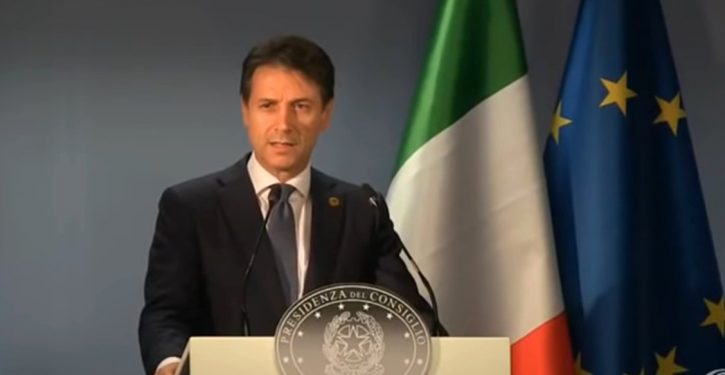 [Ed. – As positive a spin as they’re putting on this, the bottom line is that the peripheral nations are still absorbing the big shocks, the interior nations are still resisting “internal movement” of “asylum seekers” into their nations, and promises to control the problem outside the EU are still paper-thin.  Good on Italy’s Conte for at least making them stay up all night before he rolled over.  Update here on a limited family reunification agreement concluded with fanfare among Germany, Spain, and Greece.]

The migration issue rocketed to the top of the Council summit agenda in recent weeks as Merkel faced an acute political challenge from her coalition partner, Bavaria’s Christian Social Union and its leader, Interior Minister Horst Seehofer, who threatened to impose tough new border rules to stop migrants from entering Germany.

Merkel won crucial language in the declarations addressing those concerns that will help bolster her position against Seehofer and other critics complaining about so-called “secondary movements” of migrants, who register in one EU country and then cross into another. …

Italian Prime Minister Giuseppe Conte, attending his first European Council summit, astonished other leaders on Thursday afternoon by blocking all of their planned joint conclusions, including on noncontroversial topics. Conte, to the dismay of his colleagues, said he would not agree to anything before the conclusion of the difficult migration debate.

It was a stunning debut for the novice Italian politician… And it clearly won him no friends.