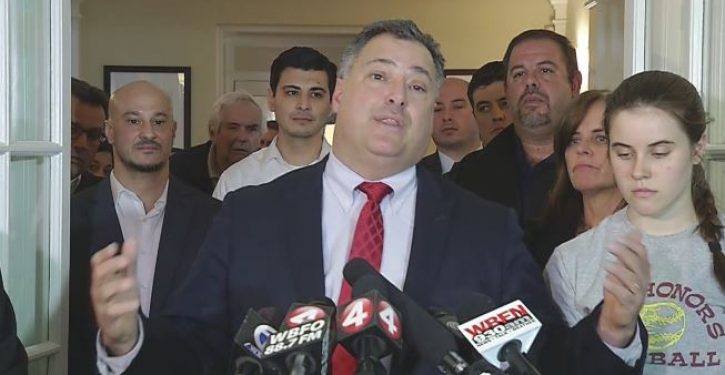 Another Albany pol has admitted sexually harassing a staffer and trying to make the complaint go away by offering her cash and a job.

Former state Sen. Marc Panepinto, a Buffalo Democrat, pleaded guilty to public corruption Thursday, after prosecutors charged that he tried to silence a harassment victim to skirt an ethics investigation.

Panepinto abruptly announced in March 2016 that he would not seek re-election and claimed it was for various health and financial reasons, while denying he was under investigation for inappropriate behavior as rumors swirled around the Capitol.

Prosecutors said he offered cash and a job to a former staffer who had resigned after Panepinto made advances toward her in a New York City hotel room during a January 2016 work trip.

The employee quit as soon as she got back to Buffalo.

In March 2016, she refused the payoff, which Panepinto offered in an attempt to quash an investigation by the Joint Commission on Public Ethics.

FBI Chief Christopher Wray admits, ‘I have no idea what the Deep State is’
Next Post
Justin Trudeau says Canada will take refugees banned by U.S.