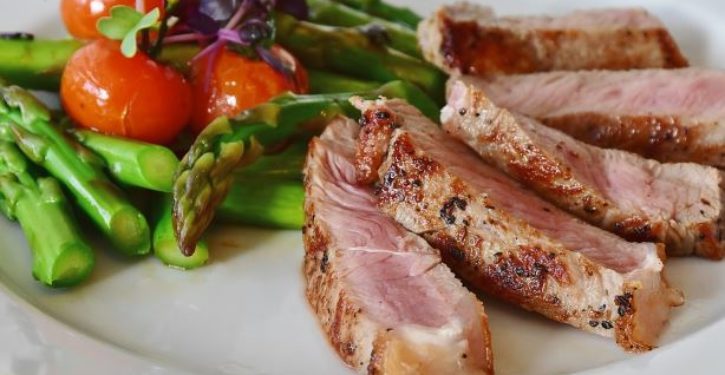 French butchers say they’ve had enough. Not only must they confront media coverage of the “vegan way of life,” now they say they are under assault.

After a series of small but unprecedented incidents, the butchers federation says its members need protection from militants who have broken windows, thrown fake blood and sprayed graffiti on their shops. In a letter to the French Interior Ministry, the butchers wrote that “physical, verbal, and moral violence” against them was “neither more nor less than a form of terrorism.”

The letter may be a touch hyperbolic — and French vegan organizations are quick to defend their movement as nonviolent — but it has struck a chord with many French who dislike being told what they should eat.

Food is sacred in France, a country proud of its more than 300 cheeses and its cuts of beef so refined that it is impossible to order a steak at the butcher’s counter without being offered a choice of at least 10 cuts.

“The enemies of a meat-based diet want to consign humanity to grains,” a columnist wrote Tuesday in the newsmagazine Le Point. “Down with totalitarianism. Long live blanquette.”