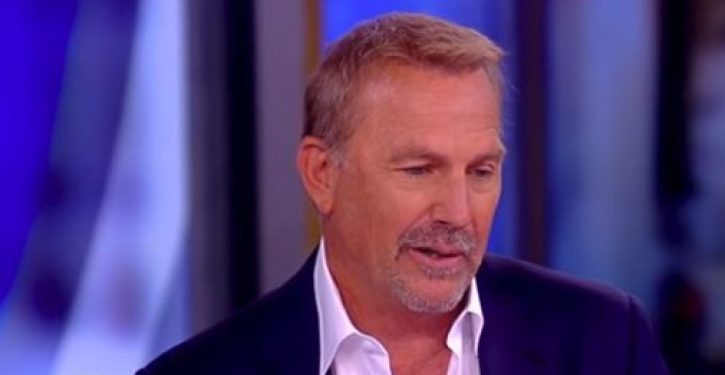 Actor Kevin Costner on Tuesday accused the Trump administration of fostering a harmful political environment, saying that he is “not recognizing America right now.”

Costner, who grew up in a Republican household and has shifted toward the Democratic Party, appeared on ABC’s “The View” to discuss his new television series “Yellowstone” on the Paramount network.

During the interview, co-host Joy Behar asked Costner for his thoughts on the state of the country and the Trump administration’s practice of separating immigrant children from their parents when families are apprehended for crossing the border illegally.

Costner proceeded to attack the Trump administration for what he described as a toxic environment.

“I’m not recognizing America right now,” Costner said. “I don’t recognize its voice. I don’t recognize any individual statements. I feel people going with the flow, and there’s people right in the middle. We’re in a really weird spot, and it takes a high level of compassion, empathy, and intelligence to work our way out of this.”