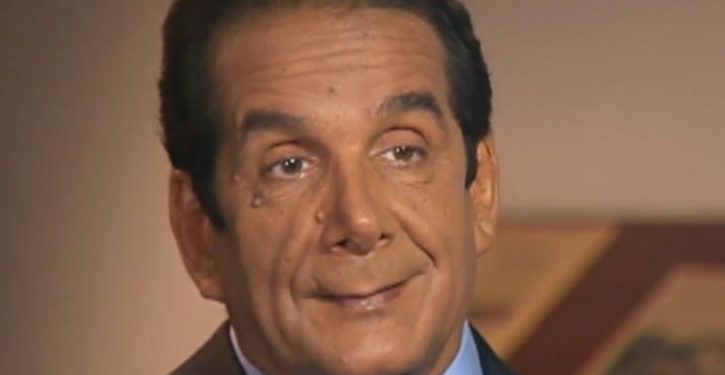 [Ed. – We knew this was coming, but must still report it with heavy hearts.  Our deepest condolences from LU to Charles Krauthammer’s family and close friends. May his memory be a blessing. R.I.P.]

Charles Krauthammer, a longtime Fox News contributor, Pulitzer Prize winner, Harvard-trained psychiatrist and best-selling author who came to be known as the dean of conservative commentators, has died. He was 68.

His death had been expected after he wrote a heartbreaking letter to colleagues, friends and viewers on June 8 that said in part “I have been uncharacteristically silent these past ten months. I had thought that silence would soon be coming to an end, but I’m afraid I must tell you now that fate has decided on a different course for me…

“Recent tests have revealed that the cancer has returned. There was no sign of it as recently as a month ago, which means it is aggressive and spreading rapidly. My doctors tell me their best estimate is that I have only a few weeks left to live. This is the final verdict. My fight is over.” …

Charles Krauthammer was born in New York in 1950, and grew up in Montreal, steeped in the Jewish faith.

His father, Shulim Krauthammer, was Austro-Hungarian and his mother, Thea, was born in Belgium. His parents met in Cuba.

Before going to Harvard Medical School, Krauthammer attended McGill University, and Oxford, where he met his wife, Robyn.

They had a son, Daniel. Both his wife and son survive him.

Despite his busy professional life, Krauthammer enjoyed baseball and chess, and made his family a priority.