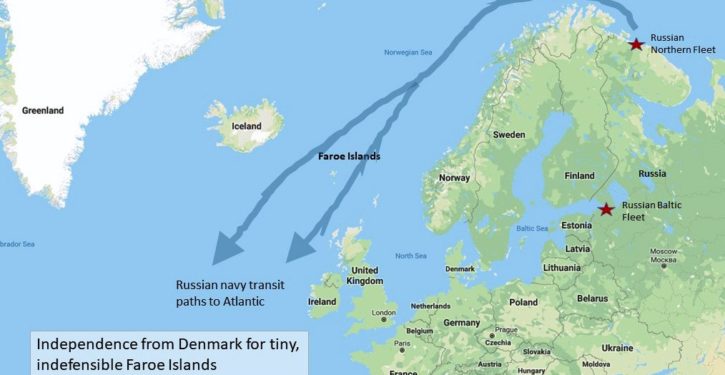 [Ed. – That’s one election Russia would be very highly motivated to meddle in.]

Enough is enough: for the Faroese sailor Birgir Enni, having spent more than half a millennium under Danish rule means it’s about time for the North Atlantic autonomous archipelago to break away.

“We’ve been occupied by Denmark for 600 years! That is enough and we need to change that soon,” the white-haired captain tells AFP on his wooden sailing ship.

Located more than 1,100 kilometres (more than 680 miles) northwest of powerhouse Copenhagen, the Faroe Islands have since 1948 had their own white, blue and red flag with an offset cross, their own language originating from the Viking’s Old Norse and institutions and culture. …

An unlikely alliance of the left, the right, separatists and unionists, the local government is now writing a constitution, which is aimed at capturing the Faroese identity and is seen by some as one of the final pieces of a puzzle leading to emancipation.

An April referendum on the constitution was postponed in order to reach the widest possible consensus on the text. As yet, no new date has been set. 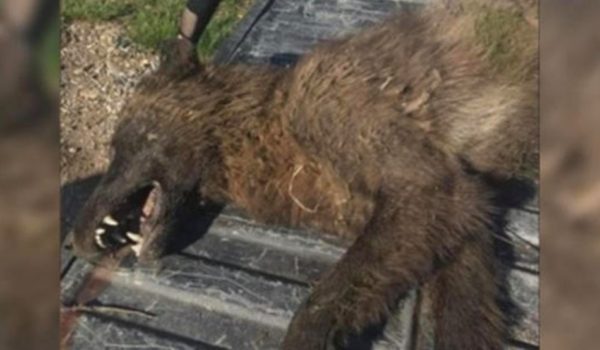