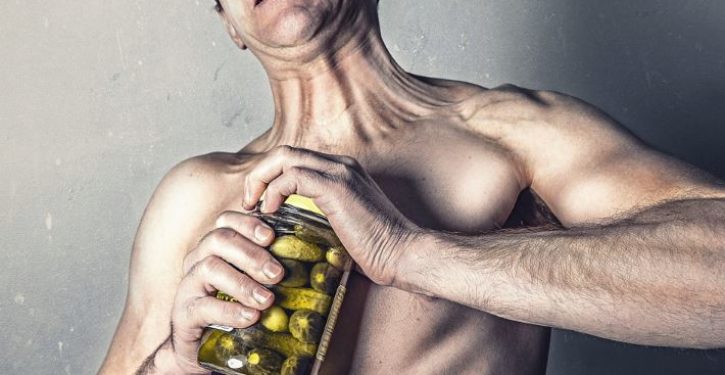 [Ed. – Solving a problem no one sane thinks he has.]

We are experiencing a crisis of masculinity.

That’s the claim of Canadian psychologist and self-help author Jordan Peterson. Peterson argues that feminism and policies like no-fault divorce have destabilized traditional family and social structures. As a fix for this, Peterson recommends a variety of things including “enforced monogamy” — a solution that implies men are oppressed due to lack of consensual sex.

Peterson’s claims have been broadly criticized but he does have his defenders as well. These often argue that the crisis of masculinity has been caused by feminism, which has led to “evolving norms…generating confusion and mixed signals,” in the words of Cathy Young writing in the Los Angeles Times. Feminism has set men adrift. They are no longer sure how to be men, and as a result they are struggling economically and psychologically.

This weekend is Father’s Day, a holiday typically celebrated with displays of testosterone and gendered clichés. It’s also as good a time as any to acknowledge that there is indeed a crisis of masculinity. But it isn’t caused by feminism and changing gender norms. Rather, men experience violence and oppression because norms are not changing.

Peter Strzok’s lawyer says his client is willing to testify before Congress
Next Post
D.C. has highest concentration of psychopaths in the United States