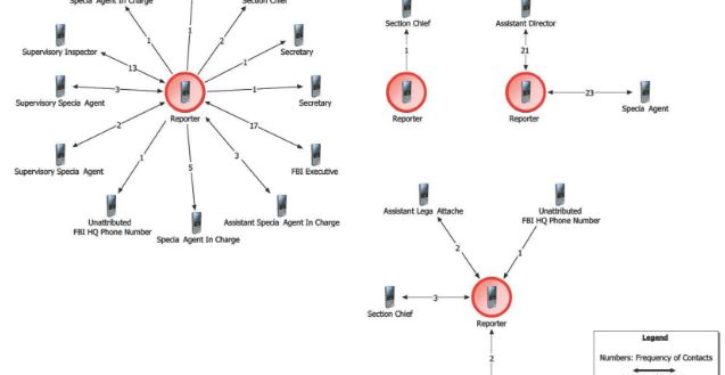 The Department of Justice inspector general report released today includes two elaborate charts mapping the volume of communications identified between FBI employees and members of the media in April, May, and October 2016.

“We have profound concerns about the volume and extent of unauthorized media contacts by FBI personnel that we have uncovered during our review,” the report states. 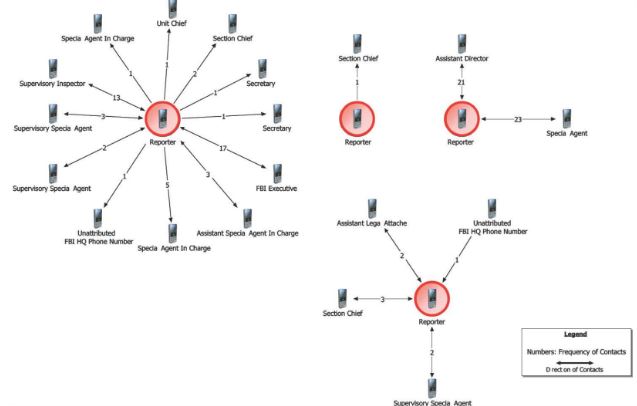 The issue of FBI employees improperly disclosing non-public information, a.k.a. leaking tips to reporters, “raised considerable concerns,” according to investigators. They  discovered a number of social interactions with reporters deemed inconsistent with FBI policy and department ethics rules.

“FBI employees received tickets to sporting events from journalists, went on golfing outings with media representatives, were treated to drinks and meals after work by reporters, and were the guests of journalists at nonpublic social events,” the report states.

Despite being able to track the number of times agents communicated with reporters, the IG cites two reasons for being unable to identify individual leakers. 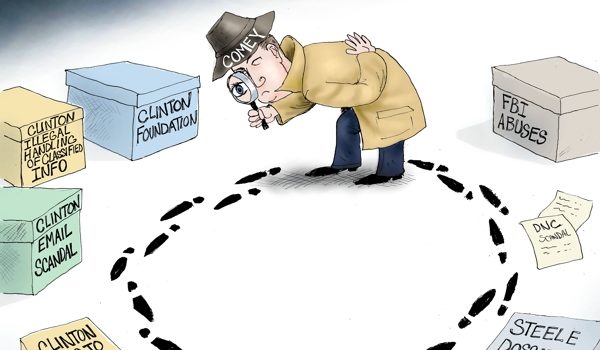 Cartoon of the Day: Inspector Clueless
Next Post
FBI officials thought Hillary Clinton was a huge liar, but let her off the hook anyway 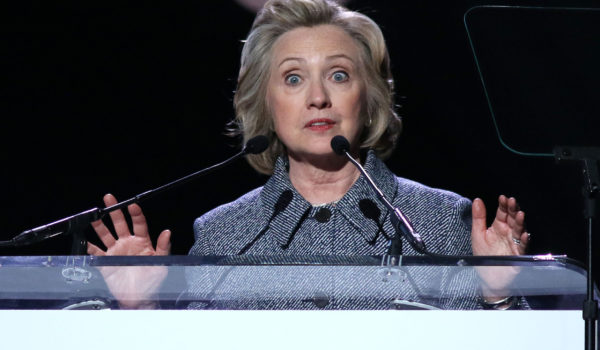