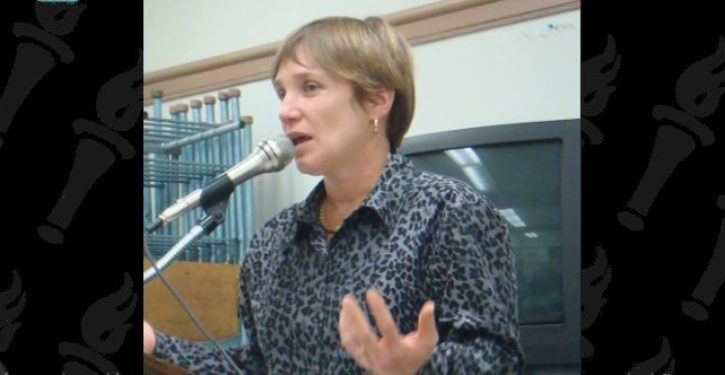 [Ed. – The woman suffers from mental confusion. She previously wrote, ‘In developing countries, millions of real women and children have died because abortion-obsessed American Christians banned family planning conversations as a part of HIV prevention efforts.’]

The abortion-on-demand crowd is slowly losing the argument, and they’re tossing up every nonsensical argument they can think of in the hope that something will work.

On June 11, Alternate posted an article by Planned Parenthood-honoredpsychologist Valerie Tarico. In an article titled “What the Unborn and the Undead Have in Common,” Tarico explored the so called similarities between zombies and unborn babies in an attempt to brand the pro-life argument as “magical.”

Tarico’s central argument was that personhood is based on thought, so “In the beginning stages of gestation, a human embryo or fetus has no more qualities of personhood than a zombie.”

“We don’t really care about how many zombies die” according to Tarico, because they “can’t think.” And so it logically follows that we should not care about the 59 million babies aborted since 1973.

Tarico thought this macabre comparison illustrated that pro-life arguments are based on fantastical beliefs. “Religious opposition to abortion is based on a kind of magical thinking much like that in zombie stories—the idea that human bodies can be animated by some supernatural force.”