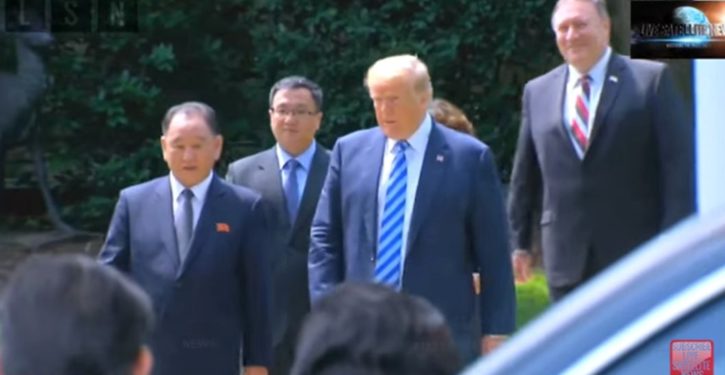 [Ed. – The pull-out earlier seems to have had its desired effect.  Miles to go before we sleep, however.]

President Donald Trump says he won’t impose any additional sanctions on North Korea for the time being.

Trump says “we had hundreds of new sanctions ready to go.” But he says he won’t impose them “until the talks break down.”

Trump announced Friday after meeting with a top aide to Kim that the summit is back on. He had announced just last week that he was canceling the meeting.