[Ed. – U.S. is dispatching CDC teams to the Democratic Republic of the Congo to help put the lid on this thing.]

A new outbreak of the Ebola virus that has killed at least two dozen people has set public health officials scrambling to contain the epidemic as it threatens to spread far beyond the remote jungles of the Congo River Basin — and raises new questions about the World Health Organization’s (WHO) preparations for the next killer virus.

The U.S. government is preparing its most direct response yet to the outbreak that appears to have begun in April, readying staffers from the Centers for Disease Control and Prevention (CDC) to deploy to multiple communities in the Democratic Republic of Congo.

Ministry of Health officials first identified cases of viral hemorrhagic fever when it reached the town of Bikoro earlier this month. On Thursday, officials said a new case had been identified in Mbandaka, a city of 1.2 million.

The new case in Mbandaka has raised the alarm among public health officials because it is the first time the virus has ever landed in a city that sits directly on the Congo River.

In all eight of the previous known Ebola outbreaks in the Democratic Republic of the Congo, the virus has been contained within remote jungle villages or relatively small towns, where isolated populations are less likely to spread the disease. 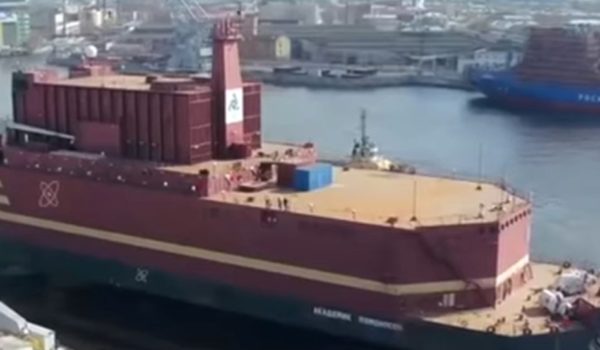 Russia unveils floating nuclear power station
Next Post
Stefan Halper: ‘Planted,’ not merely opportune, if he was an FBI informant – but not an insider