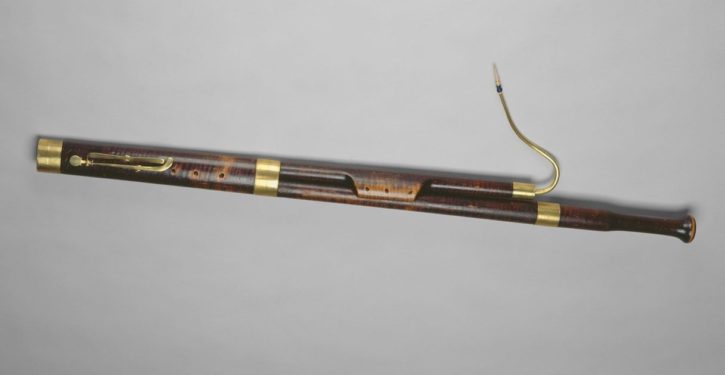 [Ed. – Sure.  I blow into a mouthpiece attached to my rifle all the time.]

Although the temperature was in the mid-50s, after years spent in claustrophobic practice rooms while working toward his degree from the exclusive New England Conservatory in Boston, Barga pulled the custom-made Fox 610 red maple bassoon out of its case, sat on the trunk of his car in the refreshing air and began playing scales.

About seven minutes later, Springfield police received a 911 call reporting that a white male in a jacket and jeans was sitting on the back of his car in the church lot with what looked not like an oboe, the instrument Barga says it’s most often confused with, but a long rifle. Listed under “additional information” on the dispatch form is what, in retrospect, must be considered a grace note: “Unknown of it was for sure.” …

Barga had no idea why the police were there. Searching his mind, he wondered if he had somehow violated a noise ordinance. The notion that someone might have mistaken his bassoon for a rifle “never crossed my mind.”

Justice Dept. IG completes probe on handling of Hillary email case; now at FBI for review
Next Post
‘Crossfire Hurricane’: It’s all right now; FBI was just spying on the Trump campaign, is all