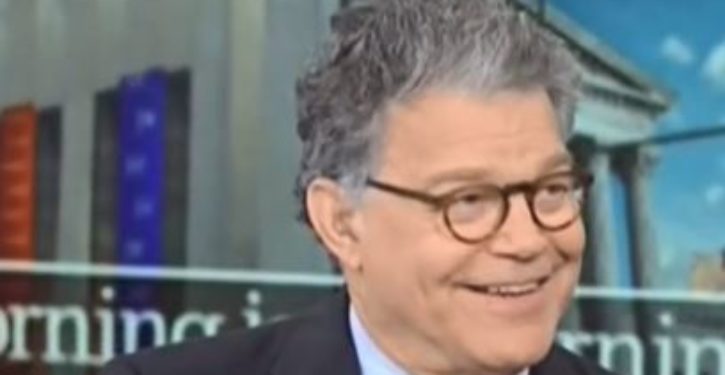 [Ed. – As long as we’re talking about inappropriate statements about John McCain…]

Before Al Franken was a U.S. senator, he was a comedian and political satirist — one who joked about Sen. John McCain’s status as a war hero.

“I have tremendous respect for McCain but I don’t buy the war hero thing. Anybody can be captured. I thought the idea was to capture them. As far as I’m concerned he sat out the war,” Franken, a Democrat who now represents Minnesota, quipped to Salon for a 2000 article about the stakes of that year’s presidential election.

Franken’s comments are getting new life 15 years later amid the controversy surrounding Republican presidential candidate Donald Trump’s comments this weekend that McCain — who was tortured for more than five years as a prisoner of war in Vietnam — is “not a war hero.”

Standing alone, Franken’s comments could seem insensitive to POWs and their families, but an episode of Franken’s radio show four years later that included McCain as a guest made it clear that the comments were intended to be received sarcastically.