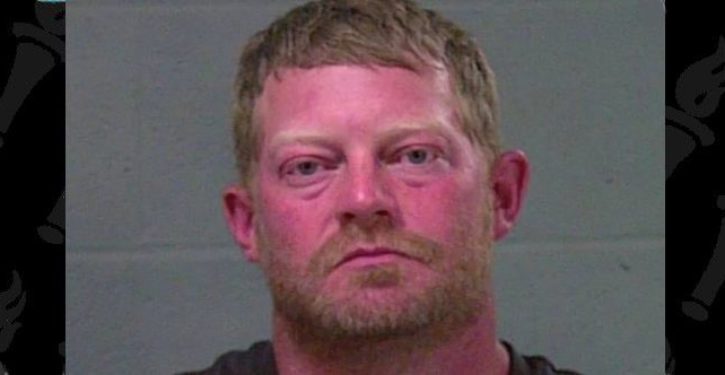 A Harrah [Okla.] man shot and killed his teenage daughter’s two dogs to punish her for not doing the dishes, investigators say.

Jeffrey Don Edwards, 35, was jailed late Wednesday on complaints of animal cruelty. He was released early Thursday after posting $10,000 bail.

Edward’s 17-year-old daughter told investigators her father “got mad at her” Tuesday night for not having the dishes done or the house cleaned.

“Her father was mad … and began throwing dishes,” an investigator with the Oklahoma County sheriff’s office reported in a court affidavit.

The daughter then called her mother, who picked her up from Edward’s house in Harrah. When the daughter returned to the house Wednesday morning, she found “blood all over the place” and her two dogs missing, an investigator reported.

Her uncle told her Edwards “shot her dogs to punish her,” according to investigators.