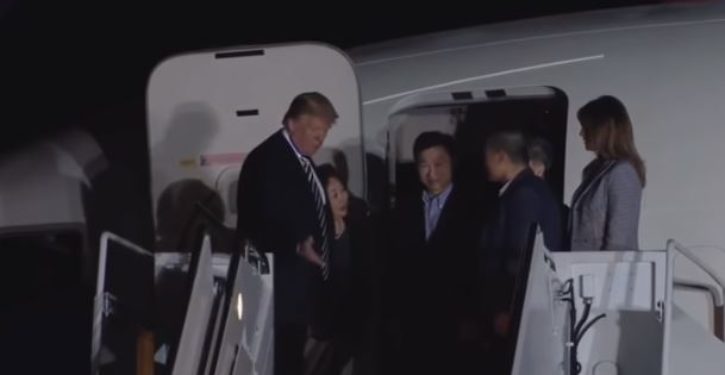 [Ed. – She’s right. It was a popular revolt over a movie slamming Islam. Oh, wait … that’s another president.]

MSNBC’s Hallie Jackson praised President Donald Trump on Thursday for securing the release of three hostages held by North Korea, but she also seemed to knock him for making it a “staged production” of their arrival in Washington, DC.

Jackson called the release a “special moment” and a “moment of intense anticipation,” but noted that it was “carefully choreographed.”

“Donald Trump is a former reality show producer,” Jackson asserted. “This was a staged production meant for television; meant for the cameras, meant to be shown and seen here in this country and around the world.”

“You had floodlights lighting up this 30 x 50-foot American flag, hanging in between two ladder trucks, as the plane carrying these men rolled in,” she continued.