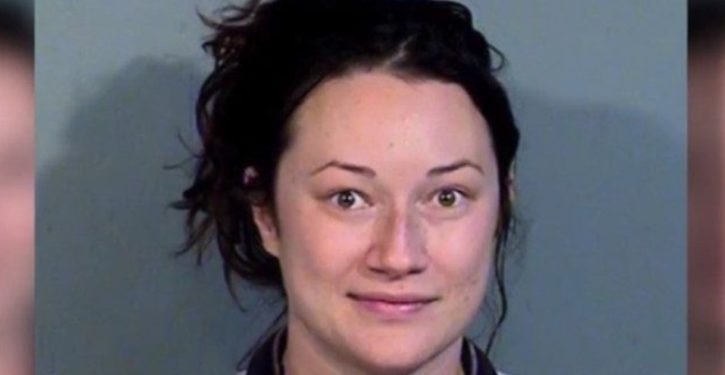 [Ed. – That’ll mess up your life.  She apparently didn’t limit the stalking to the texts either.]

An Arizona woman has been accused of stalking a man after she broke into his home and for sending him an incredible 65,000 text messages after dating him only one time via an online dating app.

Police in Paradise Valley, Arizona, reported that they warned Jacqueline Ades, 31, multiple times to leave the victim alone but ultimately arrested her when the man called them to report that remote surveillance alerted him that she was walking around inside his home, Fox 59 reported.

When police arrived at the home they allegedly discovered Ades taking a bath.

Police say that after her arrest, a search of her car revealed on the front seat a large butcher knife found sitting on top of a sheaf of court orders warning her to stay away from the man and his home.