Political humor in this country will take a while to recover from the fallout of the partisan, foul-mouthed comedian at the 2018 White House Correspondents’ Association dinner.  But the week before, the art of the jest took a mugging from an unlikely source: PolitiFact.

On April 19, it published a piece headlined “Florida Democrats slam Gov. Rick Scott for defrauding U.S. taxpayers.” Written by Allison Graves, it examined a joke made on Twitter by the Florida Democratic Party at the expense of the Sunshine State’s governor, a current Republican candidate for U.S. Senate.

It all started when Rick Scott’s campaign aired an ad making a case for congressional term limits. During the spot, Scott is seen standing in front of a white board with a drawing of the United States. He strikes a red “X” over Washington, D.C., in an attempt to indicate the place in the country that most resists term limits. It was a cute gimmick, and Florida Democrats had a bit of fun in turn by tweeting an altered image of Scott in front of the white board. 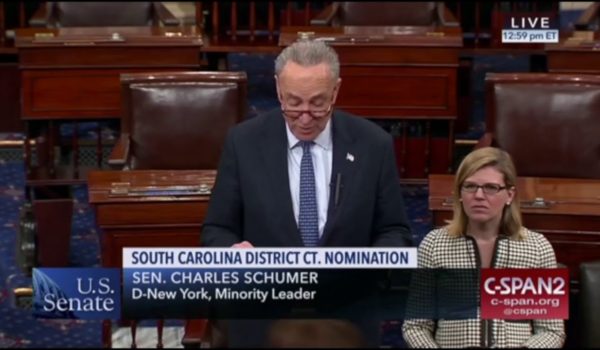 Why the Democrats just lost the Senate
Next Post
The ‘Russian collusion’ trial is on, and Robert Mueller may be its first casualty