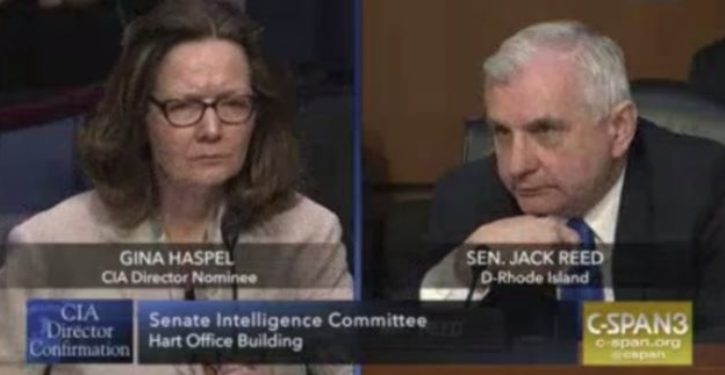 CIA Director nominee Gina Haspel told a Democratic lawmaker Wednesday there was no comparison between CIA officers obeying the law and terrorists who follow no law during questioning about enhanced interrogation techniques.

Haspel’s role running a CIA black site which employed those methods during the George W. Bush administration has come under scrutiny during her confirmation process. The career intelligence officer has stated she acted in accordance with CIA directives at the time, and she has pledged not to restart a similar program if confirmed.

Senate Intelligence Committee member Jack Reed (D., R.I.) asked Haspel about a hypothetical situation where an operations officer was kidnapped by a terrorist entity and subjected to waterboarding.