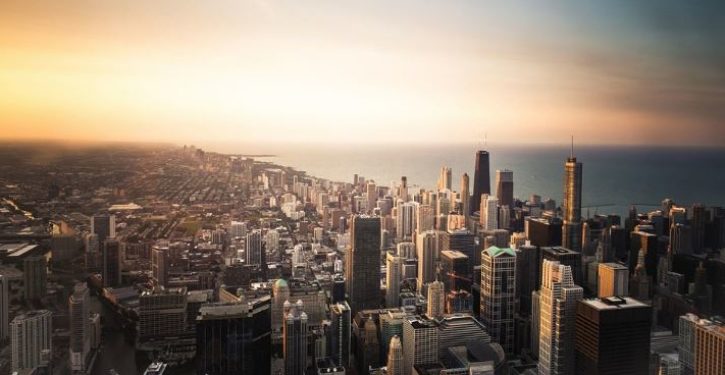 [Ed. – No description of the suspects? Bad journalism.]

Police say a mob of teens is responsible for robbing and pushing people on Chicago’s Magnificent Mile Saturday night.

“We heard the conductor of the train yelling at them, saying the police are coming,” said a witness, riding the Red Line during the Saturday night incident.

The red line rider, who does not want to be identified, gave CBS 2 News pictures and video of police questioning youth on a train Saturday night.

“Do your parents know where you are?” questioned police.

A fellow rider told that officer what was happening in the train station.

“They were running down the stairs. They were moving people, like pushing people out of the way, when they got to the turnstile, they just hopped over,” said the witness.

As many as 150 youth hopped off at the Chicago red line stop. According to Alderman Hopkins, it caused major chaos between there and the Water Tower.