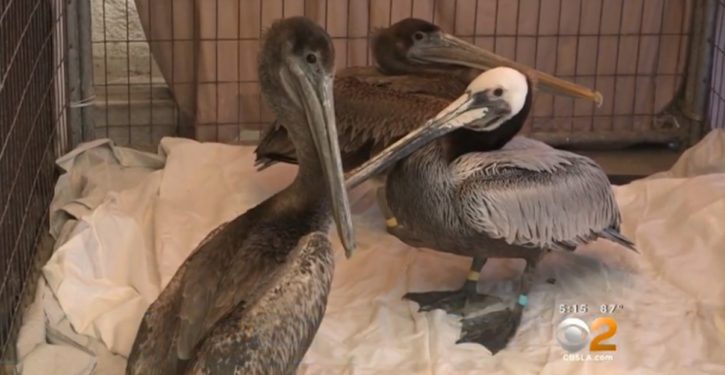 [Ed. – With the unusual volcanic and tectonic activity in Hawaii, the immediate thought does occur that this has something to do with substances seeping into the ocean water off the coast.  Fish not quite as clean and pristine as usual?  Pelican brains disturbed by imbalance of toxins?]

Wildlife experts are trying to figure out what is happening to young, starving pelicans that have been appearing across Orange County, after more than a dozen of the sickly birds were found in the past three days.

“For some reason, we’re getting a lot of very young pelicans coming in […] emaciated, they have not had any food or water, they’re disoriented,” John Villa with the agency told CBS2 News.

Villa said the birds are being found all over the OC and Los Angeles County. …

The cause? “It is a mystery,” said Villa, who added they have ruled out a food shortage.

“People are finding these sick birds in places where pelicans don’t normally hang out,” Villa said.