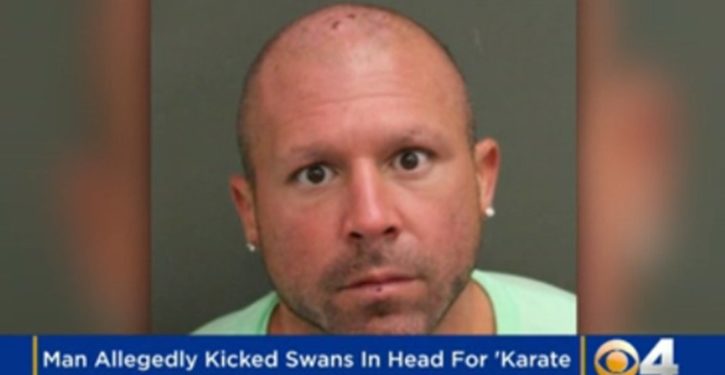 A man has been banned from two Florida parks and charged with cruelty to animals after kicking several swans in the head for “karate practice.”

Rocco Mantella was seen by multiple witnesses at Lake Eola attacking the swans as well as a sleeping duck on April 26. Police were called in to stop Mantella, who was allegedly hitting the swans “as hard as possible.” One witness claims the 34-year-old saw her reaction and began to laugh about his crimes.  …

The karate-using attacker is now banned from entering Disney Park and Lake Eola for his actions.