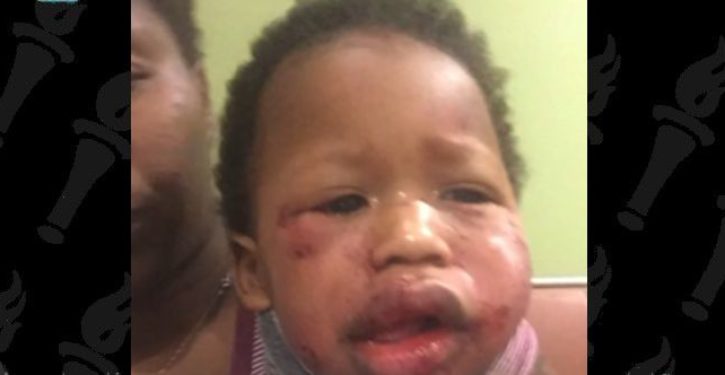 [Ed. – This poor baby looks as though he was in a prizefight.]

A local mother is outraged after learning her son was beaten at the hands of someone at his Indianapolis day care. Now that 1-year-old is in the hospital as doctors work to see just how severe his injuries are.

Tiffany Griffin says she could hear her baby boy screaming when she arrived to the Kiddiegarden day care on 38th Street and Oxford Monday afternoon. She says she got a call from the day care a few hours after she dropped off baby Jesse and her older son.

“Now I gotta be a stay at home mom and not do the thing I want to do to advance in life to give them the best in order to make sure they’re taken care of and not neglected,” said mother Tiffany Griffin.

Baby Jesse has cuts to his face and both of his eyes and lips were swollen.

Tiffany admits to punching the 22-year-old day care worker out of anger and now the police report lists that worker as the suspect. But the worker told Tiffany another child assaulted Jesse. 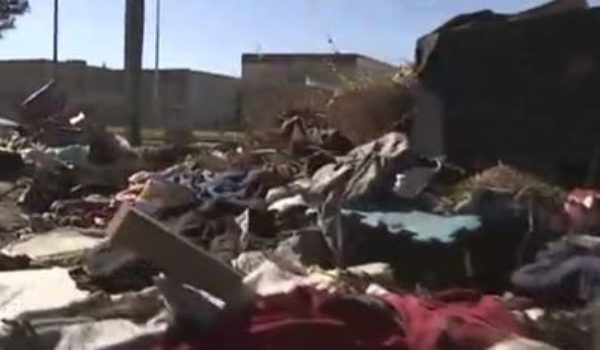