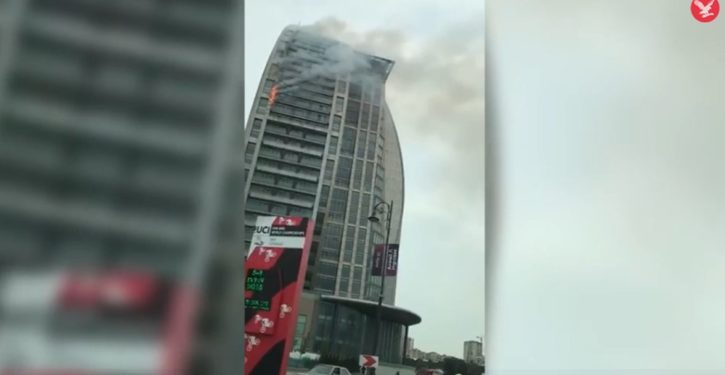 [Ed. – The Trump Tower in Manhattan was on fire on 7 April.  No fatalities have been reported with the fire in Baku, so that’s good news.]

A skyscraper that was slated to become a Trump International Hotel in the Azerbaijani capital of Baku has caught fire.

The Azadliq newspaper reported that the blaze broke out on the middle floors of the 33-storey building, which is locally known as Trump Tower, and spread.

Etibar Mirzoev, deputy head of the Emergency Situations Ministry, said there were no injuries and authorities were working to establish the cause of the of the fire. …

It came after an apartment fire at Trump Tower in New York left a prominent art dealer dead and six firefighters injured earlier this month.