Buried within a newly declassified congressional report on Russian meddling in the 2016 U.S. elections is a shocking revelation: former Director of National Intelligence (DNI) James Clapper not only leaked information about the infamous Steele dossier and high-level government briefings about it to CNN, he also may have lied to Congress about the matter.

In one of the findings within the 253-page report, the House intelligence committee wrote that Clapper leaked details of a dossier briefing given to then-President-elect Donald Trump to CNN’s Jake Tapper, lied to Congress about the leak, and was rewarded with a CNN contract a few months later.

“Clapper flatly denied ‘discussing[ing] the dossier [compiled by Steele] or any other intelligence related to Russia hacking of the 2016 election with journalists,’” the committee found.

When asked directly whether he had ever discussed the dossier with any journalists, Clapper replied that he had not, according to a transcript of the proceedings. … 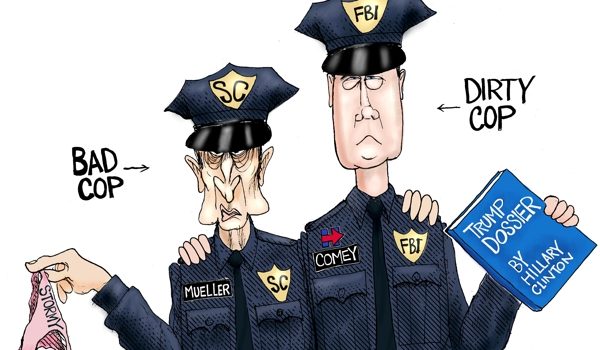