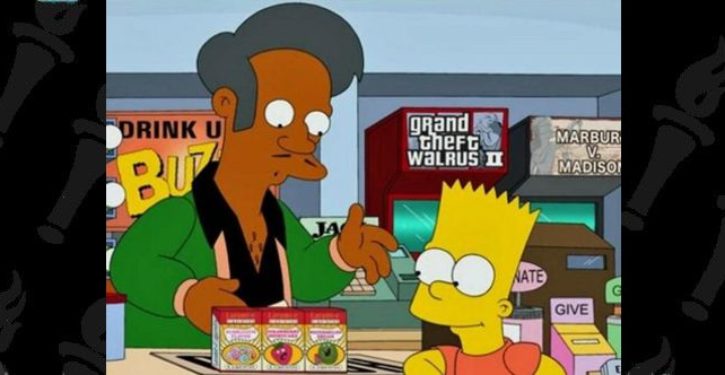 Hank Azaria says he’s “willing and happy” to step aside as the voice of Apu on The Simpsons, or to help transition the character into “something new,” calling it “the right thing to do, to me.”

Appearing on Stephen Colbert’s Late Show, Azaria threw out the possibility of killing off Apu Nahasapeemapetilon, one of 20-30 regular characters he says he’s voiced on the long-running animated Fox series. He’d like to see an Indian-American writer added to the show, “genuinely informing whatever new direction this character make take, including how it is voice – or not voiced,” he said.

Comedian Hari Kondabolu, whose truTV documentary The Problem with Apu trigged a lot of talk on the topic when it debuted last November, tweeted thanks to Azaria, then re-tweeted thanks of others. …

On Colbert’s CBS late-night show, Azaria wanted to make clear he had nothing to do with the show’s recent stab at addressing the Apu controversy, noting the character had no lines in that segment and that he saw the response for the first time “right around the time the rest of America did.”

Blacks thinking for themselves could be the Democrats’ worst nightmare
Next Post
Cartoon of the Day: Pit stop 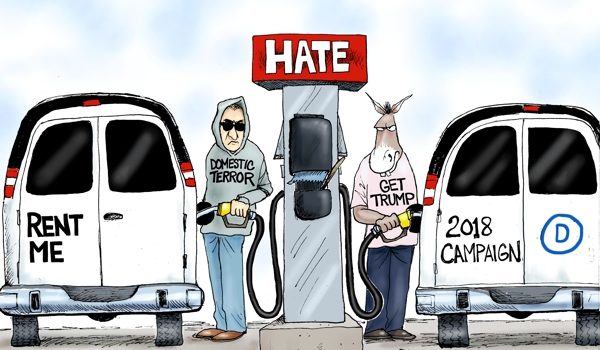