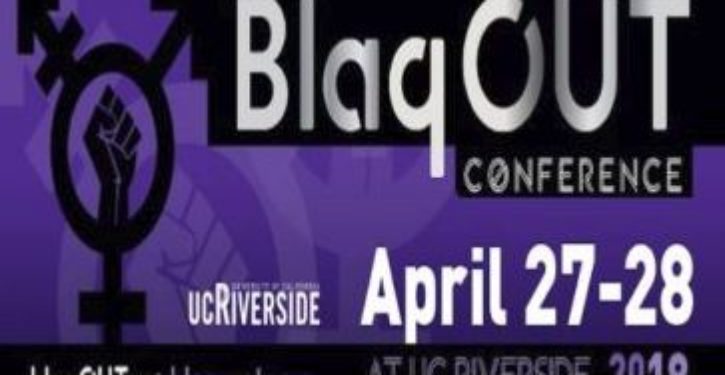 [Ed. – These conferences on ‘inclusivity’ are getting smaller and smaller.]

University of California Riverside’s LGBT Resource Center is set to host its fifth annual BlaqOUT conference later this month on the school’s campus.

The conference is open only to those who are black and gay, according to the event’s Facebook page.

“We cordially invite all folks who self identify as Black/AfricanAmerican or of African Descent and as Same Gender Loving, Lesbian, Gay, Bisexual, Transgender, Queer, Questioning or somewhere on the LGBTQ Spectrum, to apply to attend,” it states.

White people are among groups not allowed at the event, according to organizers. A question under its FAQs page asks: “Can other people of color, white people and/or straight people attend?” It’s answered with a “no.”

“No, we are asking our allies to respect the BlaqOUT Conference as a closed space for folks who identify as Black/African American or of African descent and on the LGBT spectrum. If you are an ally to our communities, we encourage you to attend one of the regional or national LGBTQ Conferences scheduled in 2018,” the answer states. 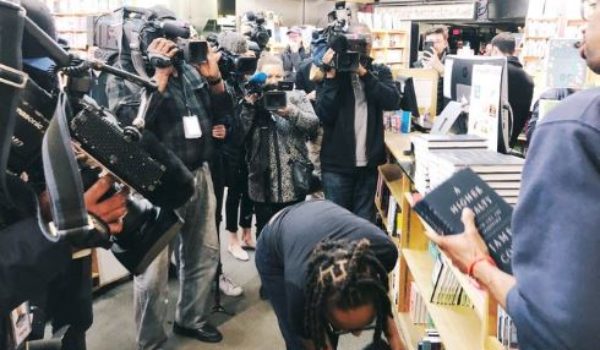