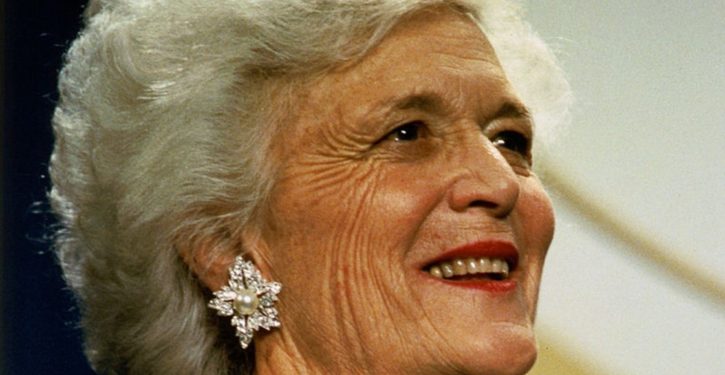 [Ed. – An iconic presence for Americans over nearly four decades at the summit of American politics.  She was a lady of steel-spined grace, beloved by many.  Rest in peace.]

Bush, 92, died Tuesday, shortly after her family announced she was in failing health and would decline further medical treatment in favor of “comfort care.” There were no details of her specific health problems.

The announcement was made in a statement from the office of former President George H.W. Bush.

“A former First Lady of the United States of America and relentless proponent of family literacy, Barbara Pierce Bush passed away Tuesday, April 17, 2018 at the age of 92. She is survived by her husband of 73 years, President George H. W. Bush; five children and their spouses; 17 grandchildren; seven great grandchildren; and her brother, Scott Pierce. She was preceded in death by her second child, Pauline Robinson ‘Robin’ Bush, and her siblings Martha Rafferty and James R. Pierce.” …

Barbara entered Smith College but dropped out to marry Bush, who had gone to war as a Navy torpedo bomber pilot. She was 19 and he was 20 when they wed January 6, 1945 in Rye. Years later, she said, “I married the first man I ever kissed. When I tell my children that, they just about throw up. ” …

Bush once explained that people liked her because “I’m fair and I like children and I adore my husband.”

She also was known for her forthright manner, especially when anyone challenged her family. 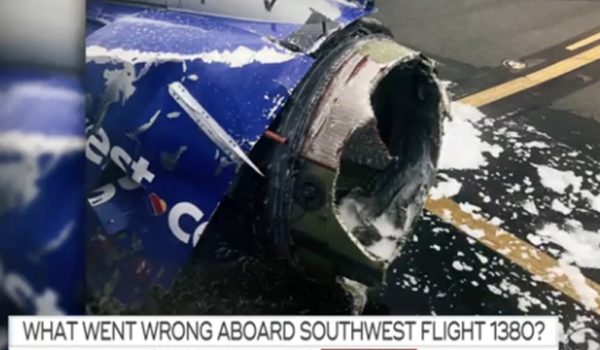