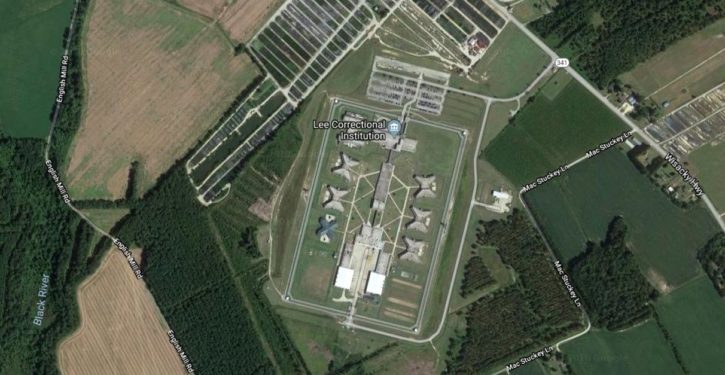 [Ed. – Gang fight in a prison, with the deaths being attributed to stab and cut wounds from shanks.  So you won’t hear much about this one, unless an anti-gun statistician uses it deceptively to pad the numbers for mass-casualty events in 2018.]

Seven inmates were killed during fights that lasted more than seven hours at a South Carolina prison Sunday night and into Monday morning, according to officials.

The fight, which spanned three dorms, was likely gang related, and spawned from a disagreement over territory, contraband and cellphones, SC Department of Corrections Director Brian Stirling said. …

[I]t appears that many of the prisoners died from stabbing or slashing wounds from “shanks,” Lee County Coroner Larry Logan said.