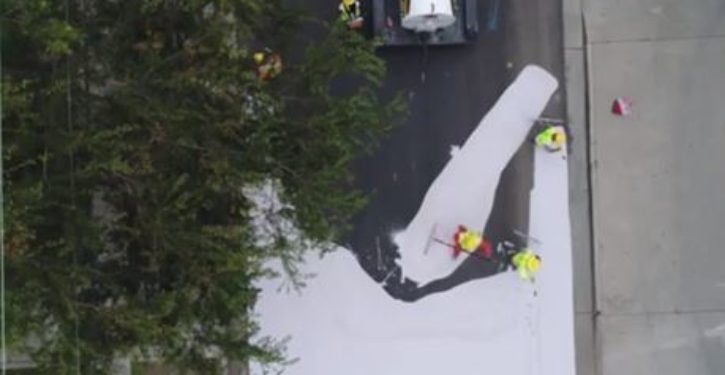 [Ed. – One could make jokes about how this is racist, but the real explanation is pretty funny all by itself.]

In the race to combat climate change, the city of Los Angeles is employing a surprising new tactic — covering its streets in a grayish-white coating known as CoolSeal. It’s sprayed onto the roadway with trucks, then spread across the surface with squeegees. However, its impact extends far beyond the edge of the pavement.

Los Angeles, like so many other modern cities, is encased in thousands of miles of asphalt. And dark-colored asphalt absorbs between 80 and 95 percent of the sun’s rays, heating up not just the streets themselves but the entire surrounding area. So when temperatures in Southern California rise above 100 degrees Fahrenheit, surface temperatures on its asphalt roads can climb to 150. It exacerbates a phenomenon known as the “urban heat island effect,” which the EPA says can add up to 22 degrees Fahrenheit to the average air temperature in a city, compared to the surrounding area.