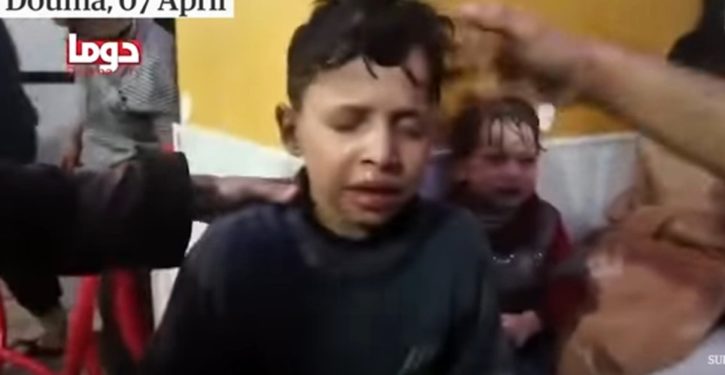 [Ed. – That’s certainly messaging to convey a point.  Interesting that CNSNews is the first place I saw this.  The networks don’t seem to have made a big deal of it, even though they’re all talking about the possibility of a strike on Syria.]

“President Trump will not attend the 8th Summit of the Americas in Lima, Peru or travel to Bogota, Colombia as originally scheduled,” Press Secretary Sarah Huckabee Sanders said in a statement.

“At the President’s request, the Vice President will travel in his stead. The President will remain in the United States to oversee the American response to Syria and to monitor developments around the world.”